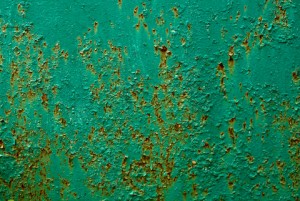 Hazardous construction materials, colloquially known as hazmat, include asbestos but the term commonly refers to poly-chlorinated biphenyls (PCB), synthetic mineral fibres (SMF) and lead based paint in the building fabric.Like asbestos, these materials can cause harm to those who are exposed to or come in contact with them, such as respiratory diseases and other chronic medical conditions.  Workers and building occupants may become exposed to hazardous construction materials in the following circumstances:

PCBs can be found in capacitors used in fluorescent light fittings during the 1950’s, 1960’s and 1970’s. Workers involved in servicing and dismantling electrical appliances, transformers and capacitors may become exposed to PCB;

SMFs have been widely used as an alternative to asbestos in insulation and fire-rated products and as reinforcement in cement, plaster and plastic material; and

Lead based paint was used extensively in Australian buildings prior to 1970. Any activity that can disturb paint containing lead will present a risk of exposure to users occupiers and workers.

Although these materials are not specifically regulated by the regulatory instruments in the same away as asbestos the same principles apply under the various Acts in terms of due diligence and elimination/mitigation of exposure risks.

Accordingly, the same approach used to eliminate/manage asbestos needs to be adopted for hazmat, namely the identification; assessment of the risk posed; establishment of a management plan and demonstration of ongoing management to ensure that the material does not pose an unacceptable exposure risk.

Our hazmat related services include audits/surveys, preparation of registers and supervision of removal projects, environmental and exposure monitoring, and pre occupancy clearance. Our extensive list of clients ranges from those with single structures to sensitive multi-site portfolios requiring such as educational organisations and local councils.

After more than 15 years operating and expanding … END_OF_DOCUMENT_TOKEN_TO_BE_REPLACED

Well done to all involved in the construction of … END_OF_DOCUMENT_TOKEN_TO_BE_REPLACED